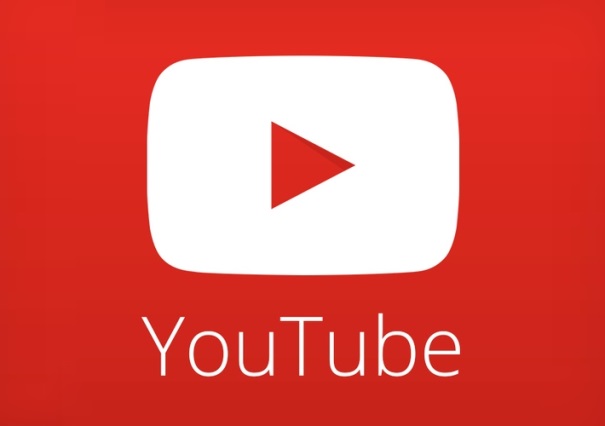 Today in our groundbreaking series on the many nuances of video marketing, Total Market Exposure is going to tackle the procrastinator’s best friend and worst enemy – YouTube!

As it turns out, this video-sharing leviathan is more than just a vehicle for viewing Jimmy Fallon’s most recent celebrity hijinks; it’s also a powerful marketing tool. And if you’re not using it to craft and broadcast your brand’s story, you should really start.

Here are some statistics to help give you a clearer perspective on just how much video watching and sharing occurs on YouTube:

But here’s the most important statistic of all: only 9% of small businesses use YouTube to market and promote and their brands. So if you manage to get a foothold on YouTube, you immediately have a leg up on over 90% of your competition.

The only real question is, what are you waiting for?

YouTube is the staple of online video sharing, and while it’s still a media goliath (see above statistics), it’s being overtaken by its more innovative and disruptive counterparts. Regardless of who’s trending which way (relative to Silicon Valley’s absurd standards), YouTube is still a multi-billion corporation that reaches a large global audience 24/7, 356 days a week.

Here’s how you can best use the global video-sharing giant to make sure your brand reaches the masses.

Like with all content marketing, the thing that matters the most is the quality of your content.  There are billions of videos to choose from on YouTube, so why would someone click on the one where you blandly peddle your product in front of a green screen?

As with any marketing, differentiating yourself is going to take some creativity, boldness, and outside-the-box thinking. You need to tell a story, and it has to be a story worth telling. Otherwise no one will care. 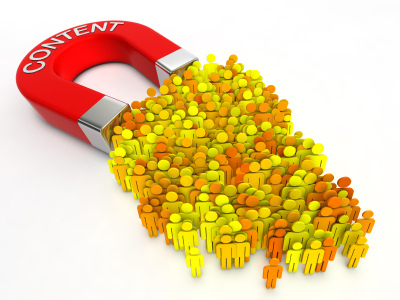 YouTube itself loves videos that strive to offer more than just entertainment. If your video educates, enlightens, or expands on something that people are interested in, and thus offers them a very genuine return on the time they spend watching, then YouTube will raise it in their rankings and you’ll reach a wider audience. Marques Brownlee has over 3.6 million subscribers because he posts informative and extremely well-done tech reviews. He’s also only 22 years old.

Now what you need to remember is that this takes time and practice. When you see a famous YouTube personality with their billions of views, what you don’t see is their early videos that are barely watchable. With anything in life, it takes a while to get good and find your voice.

Once you make your unique and inherently watchable video, you need to make sure that your audience can find it.  This is where keywords and tags come in.

If someone searches your keyword, your video has a chance of popping up. The more of your keywords that they hit, AKA the more specific their search is to your video, the better the chance that your video is the first that pops up.

Don’t spam your keywords with tags like “Beyoncé” and “Swift Kimye Feud” to try and get more hits, though. Google, which has owned YouTube since 2006, can easily sniff that kind of trickery out, and they do not take kindly to it.

Get too fancy with your keywords, and pretty soon Google will slap you down to the bottom of their search polls. In 2006, Google gave the German BMW website a death penalty for illegal SEO practices, meaning that the website did not show up at all on Google searches. More recently, JC Penney incurred Google’s wrath and was buried up to a hundred spots on all search results.

If it can happen to multi-billion dollar players like BMW and JC Penney, it can definitely happen to you. So you be careful, and don’t try to game the system.

Begin by grouping your tags into 3 main groups:

Hint: You should use as many tags as possible. If you’re having troubles thinking of new tags, consult a thesaurus or see what tags your competitor’s videos are using. YouTube even has a tool that generates lists of keywords related to each of yours with stats on how relevant they care.

Depending on well you prepared for your video, this is either going to be an extremely easy process or a very tedious one. A video transcript lets the hearing impaired enjoy the full breadth of information that you have to offer.

Google bots also really like it because it gives them more information about the actual contents of your video. The more information Google has, the better they can categorize and target where your video goes and who sees it. And that’s what Google likes to do. 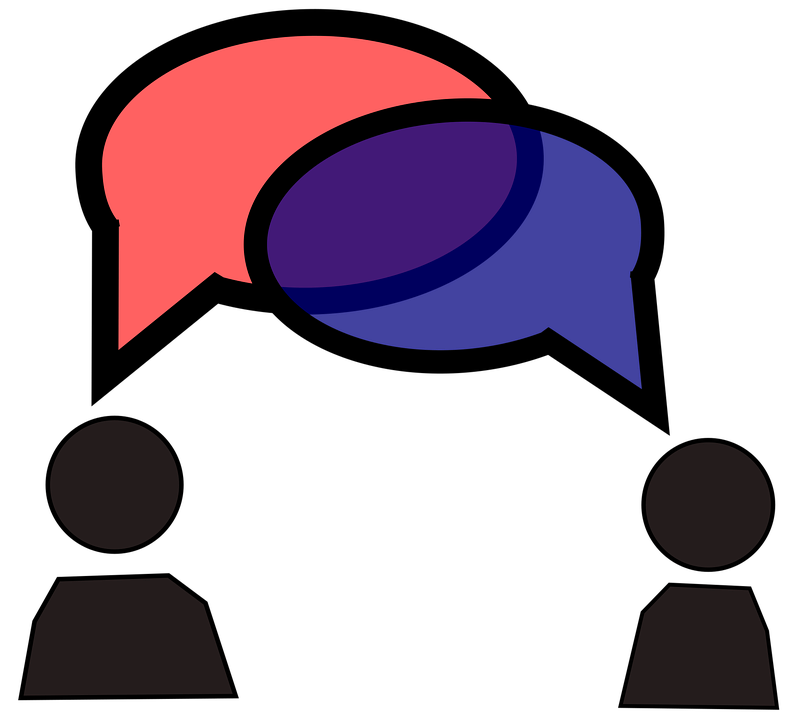 A common misconception of how YouTube works is that video views are the only determining factor in how the search engines prioritize it. This is false.

So it’s not just about who is viewing your video. It’s all about who is engaging and responding to your video. The more complicated the response (IE. Another whole video), the more it counts in the YouTube social hierarchy.

How do you prompt better user engagement? It’s tough. Explicit pleas with your audience to comment or post (“Comment whatever YOUR most embarrassing moment is! Most upvotes gets a shout out on my next video!”) can come across as phony and manipulative. Don’t be that guy.

Tip: Having a little “Subscribe Here” popup in your video actually works. The majority of your viewers may ignore it, but those popups are so commonplace now that it won’t actively turn off any of your viewers. 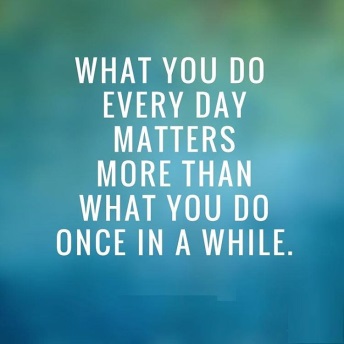 If you want to build a YouTube brand, there are two ways you can do it:

Now it’s almost impossible to create or predict a viral video. That’s why viral videos often feel so fresh, new, and unexpected. One viral video can make a brand, but you can’t rely on it because of everything that makes a viral video viral.

But you can control how consistently you put out your content.

If you publish a weekly pop culture review, and you start receiving a following, your followers are going to expect your video every week. Once you show them that you’re willing to produce content for them on a schedule that they can rely on, you’ll start making lifelong followers.

Consistency also matters with the quality of your content. If your followers expect a well-produced five minute pop culture review, don’t give them a 30 minute video on JFK conspiracies and expect the same engagement. Once you find your niche, don’t try to immediately transcend it and push yourself to the forefront. In 98% of all cases, the viewer comes for your content. They don’t come for your personality and personal theories.

A commitment to consistency is especially important when you’re first starting off. Your YouTube channel won’t start off as a hit. Most likely, there will be several days when you wonder, “What’s the point of making another video? I’m not getting any views anyway.”

Don’t fall victim to this pessimistic thinking! Rome wasn’t built in a day, and neither will your YouTube channel. If you keep consistently putting out quality content, the followers will come. It might take months or years, but eventually you’ll find some traction.

In 2011, YouTube Live launched. They used it to broadcast the events like the Royal Wedding in 2011 (72 million live streams) and Felix Baumgartner leaping from space in 2012 (watched by one-sixth of the internet). 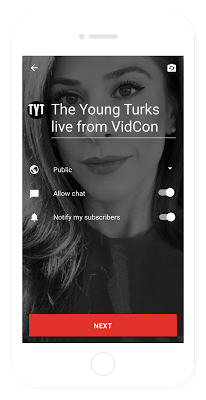 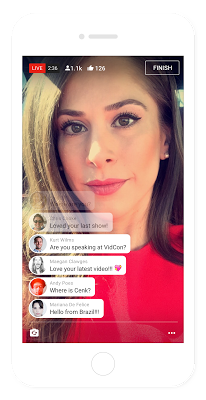 Recently, Google has added the ability for mobile live streaming and 360-degree live video to keep up with Periscope and Facebook Live. YouTube unveiled the 360-degree video this year with a video experience that allowed viewers to feel like they were at Coachella. And the response was astounding. 21 million people tuned in, over twice as many people as watched the finale of American Idol.

Live Video Streaming is just the latest development in technology to break down the barrier between content creators and their audiences. If you’re not using it to advance your marketing, you’re missing out.

YouTube is an extremely powerful tool for reaching new audiences and engaging with the audience you already have.  People are reading less than ever while also consuming video at a historically unprecedented rate. So if you’re not producing content for YouTube, odds are that you’re missing out on potential business.

Like many of the other internet companies that are constantly revolutionizing modern marketing, YouTube is a great equalizer. If you work hard and produce content that your audience wants, you can make it big on YouTube with little to no financial investment. All it takes is time, hard work, and a willingness to put yourself out there.

The most popular YouTube channel isn’t some billion dollar brand or household celebrity; it’s a 26 year old Swedish kid who posts videos of himself playing video games and swearing. No, I don’t get it either. But I guess that’s what the people want.

If you work hard and follow our tips, you can create your own YouTube brand to drive business and sales. It’ll take some creativity and hard work, but you can do it.

If you have any further questions about video marketing or marketing in general, please give us a call today at Total Market Exposure! (503) 305-6319