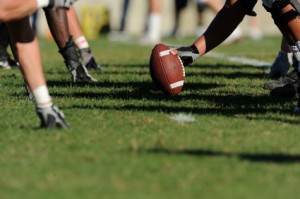 Social Media is everywhere. Literally… Everywhere. So it is no wonder that we can follow our favorite athletes on Facebook & Twitter and catchup on their workouts, contract signings and other big news in their lives. We can see it almost live on social networks as it happens. But that isn’t always a good thing. Being so attached to social media allows anyone to post what they think whenever they want. What are some of the repercussions? Let’s discuss.

Professional and College Athletes are in a huge spotlight which means every miniscule mistake will be analyzed in depth and speculated on by the media. When a fake girlfriend dies and comes back to life on Facebook the media takes notice. This can be bad for the sport and it can be bad for the athlete. Overall people move on and forget about the offense. The damage is usually done to the players reputation but the team and the league are forgiven. Sometimes the league will even publicly denounce the opinions of a player. That goes a long way distancing them from the individual.

Being based out of Portland, Oregon we follow the Ducks here at Total Market Exposure and recently there have been some unsavory tweets from a Ducks player. Granted an athlete is a person too and has the right to their own opinion. But some topics are pretty sensitive and as a person in the spotlight he should have known better.

So what is the solution? A lot of teams restrict social media access during tournaments. But even during the off-season this type of negative publicity can happen. One noticeable trend is that college athletes in particular are a bit prone to this type of activity. That may be because professional athletes have public relations professionals working with them. They have agents orchestrating their public presence and they have had more time to mature. But there are still plenty of professional athletes saying inappropriate things on Social Media. As social media grows bigger I foresee college athletic programs adopting a more professional approach to managing the public relations of players. Some schools have already started to adopt this