Is Google Growing To Fast?

Is Google Growing To Fast?

Google Is Taking Over!

Google is the largest Internet index of content. Not only is Google the number one search engine in the world, but it has the most online text ads program available. Google has taken over! They are the number one source of online video content, and direct source of traffic and data analysis for millions of websites. Google takes third as an email provider, second on the blogging platform and of course, they posses the largest and most popular mapping software. 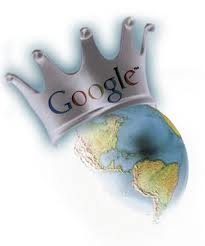 With Google’s $39 billion dollars in liquid assets and their stock prices continuing to rise, Now include the all-encompassing market acceptance of Google+ showing stellar revenues Google had it made. But they didn’t stop there… once again Google takes it to the next level. Purchasing Motorola’s deal of $12.5 billion dollars cash, things are already starting to look different. Though there is the possibility that this deal will not come to fruition due to government agencies reviewing how Google’s largest takeover bid yet will effect their competition. “It seems inevitable that the U.S. government will have to come into the mobile space and lay down some ground rules,” says an associate professor at Santa Clara Law, Eric Goldman. “Way too many dollars are at stake.” Could it be that Google is growing too fast? Like many other businesses in the past, the possibility of  Google  becoming to large to succeed is not out of the question. 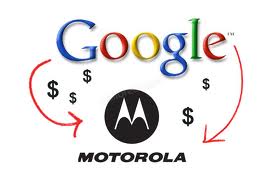 A quote from Harlan Platt, a finance professor at Northeastern University’s College of Business says “There are very few cases where a company does better when it gets larger, examples of companies that have gotten too large are General Motors, Cisco, and Microsoft.”. Google went from Strong Buy, to Buy on the 26th of July… and then the S&P downgraded Google last week, right after the proposed Motorola buy, presumably for reasons along these lines.

Large companies always seem to be accused of monopolization whenever they do well. In most cases the reason for success being that they provide a superior service and or products. However, monopolies can very easily vanish. Google keeps launching products that that are easy to use, free, and do what you want them to do; Qualities that Microsoft products often lack . Instead of looking at Google as being the domineering force of the internet, its time we take a step back to look at the relentless innovation and excellence of the products they have given us. Google would say they have given a lot more good than evil.